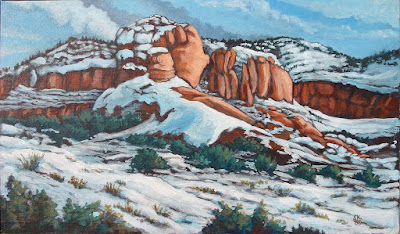 I guess I was missing the cooler temperatures when I began this painting over the summer just before we moved. It was sweltering in that hot box we called home. Looking for respite, I took myself back to that cold day in January.
Posted by Artology Now at 1:02 PM No comments: